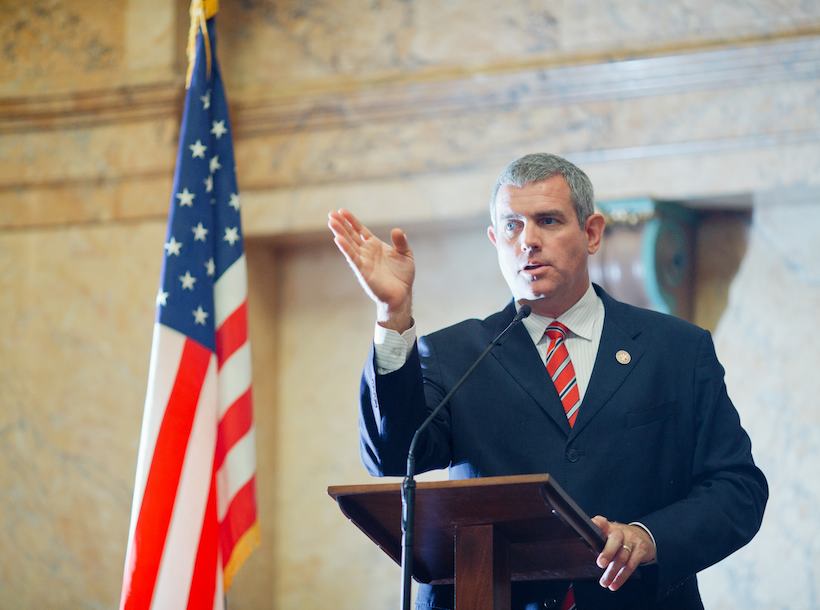 As a result, members spent hours on the floor of the House each day deliberating legislation.

Members passed several bills related to health care reform this week. House Bill 114 (HB114) establishes MS Rural Hospital Transition and Improvement Grant Program. This grant program will assist Mississippi’s small, rural hospitals that have 50 beds or less. Creation of this program is designed to help those hospitals reinvent themselves and become sustainable to the community. Each interested hospital will apply for the grant of up to $500,000 per hospital. The total program is projected to cost $10 million. The bill passed 116-0.

House Bill 809 (HB809) sets up the Mississippi First Response Assistance, Safety and Training (FAST) programs. The programs are comprised of three missions: education, clinical care and research. Oftentimes, medical care is needed at the scene of an accident or a crime. These programs will focus on training non-professional medical responders (those who do not hold certificates with the Department of Health) who are often first on the scene.

Regarding education measures, House Bill 861 (HB861) authorizes the State Board of Education to approve the creation of Districts of Innovation in local school districts. Under this bill, a school board may apply for their district to be a part of this program. Being a part of a District of Innovation allows schools to have the flexibility to educate in alternative ways in hopes of boosting performance and achieving goals. The State Board of Education can approve up to five districts a year. Chosen districts shall be limited to five-year periods and must present their plans of action to the board. The bill passed by a vote of 118-1.

House Bill 471 (HB471) allows school districts to use average daily membership (ADM) instead of average daily attendance (ADA) to help calculate the funds each district receives through the Mississippi Adequate Education Program (MAEP). Under this measure, attendance level must be at least 94.5 percent of the ADM. It further provides that the state auditor shall perform a head count in months two and three. Should the ADA, as reported by the district, exceed the actual head count performed by the auditor by greater than three percent, then district funding will be based on 103% of the district ADA. Supporters of this legislation believe this bill values membership in lieu of attendance. Opponents fear this effort applies to just a few districts and not all districts. The bill passed by a vote of 80-39.

House Bill 662 (HB662) authorizes school districts to sell school-issued computers to students upon their high school graduation for a nominal fee. Currently, these computers are turned over to surplus property. Proponents for the legislation believe this is a way for school districts to receive revenue and help students as they transition into their next level of education. The bill passed by a vote of 119-1.

House Bill 825 (HB825) revises the composition, exemptions, expenditures and methods for reviewing single source contracts of the Personal Service Contract Review Board (PSCRB) in efforts to prevent repeat instances in MDOC and all other agencies. This legislation provides three phases for this reform: appointment of new members to the board; addition of new contracts to the PSCRB’s list to review that include exemptions, sole source and quarterly reports; and lowering of the threshold amount for contracts that require approval from $100,000 to $80,000. An amendment was adopted limiting board membership to people who have not had sole source contracts for five years. An additional amendment was adopted requiring the board to look at contracts as a whole, prohibiting agencies from breaking up a large contract for the purpose of avoiding the board’s scrutiny. The bill passed by a vote of 109-8.

Enactment of House Bill 906 (HB906) would eliminate the Regimented Inmate Discipline (RID) Programs. The recidivism rate for this program over the last three years is 41.9 percent, which is higher than the recidivism rate of inmates not enrolled in RID. As a result, MDOC believes RID is not working. The agency is interested in finding and investing that money into more community-based programs that are evidence-based and that target the same nonviolent, low-risk offenders. The bill is designed to bring these offenders to lifestyles that encourage them to be productive citizens. However, supporters of the RID program believe it provides a working alternative to lock-up. The bill passed by a vote of 81-38.

House Bill 400 (HB400) removes the Inmate Welfare Fund from the Mississippi Department of Corrections over to the State Treasury for more accurate oversight and safekeeping.

Other measures addressed this week include:

House Concurrent Resolution 22 (HCR22) proposes an amendment to the State Constitution to enact a balanced budget each year. Supporters believe passage of this measure would ensure Mississippi has strong financial footing for a long time. Opponents believe this bill would weaken the law by adding additional parameters. Passage required a 2/3 vote. The bill failed by a vote of 75-44.

House Bill 739 (HB739), the “Property Insurance Clarity Act,” requires admitted homeowners insurance carriers in Mississippi to provide data to the public on premiums collected, the amount of losses incurred and the total number of policies in effect. The information will be reported by zip code.

Altogether, the House successfully completed an extensive calendar of bills. Speaker Gunn commended members and staff on their hard work.